The rowing team needed a tablet computer rugged enough to handle the extreme conditions of crashing waves and salty air as they rowed across the Atlantic Ocean.

The Algiz 10X ultra-rugged tablet, watertight and designed for extreme environments, joined the crew as part of the team’s information system.

The waterproof Algiz 10X tablet was a helpful tool in keeping service and repair instructions, identifying marine life, and stood up to every test the Atlantic had to offer.

A 4-person British rowing team used the Algiz 10X ultra-rugged tablet as a waterproof part of its information system in the Talisker Whisky Atlantic Challenge, known as The World’s Toughest Row.

“In December 2017, our four-man crew set off from La Gomera in the Canary Islands to row 3000 miles across the Atlantic Ocean to Antigua in the Caribbean. We entered into a race called the Talisker Whisky Atlantic Challenge, competing against ocean rowing crews from all over the world. The conditions we experienced were the fastest on record, with winds picking up to 74 kph (38 m/s). This made for a very fast crossing of 38 days but also presented some extreme conditions, demanding every ounce of energy we could muster. 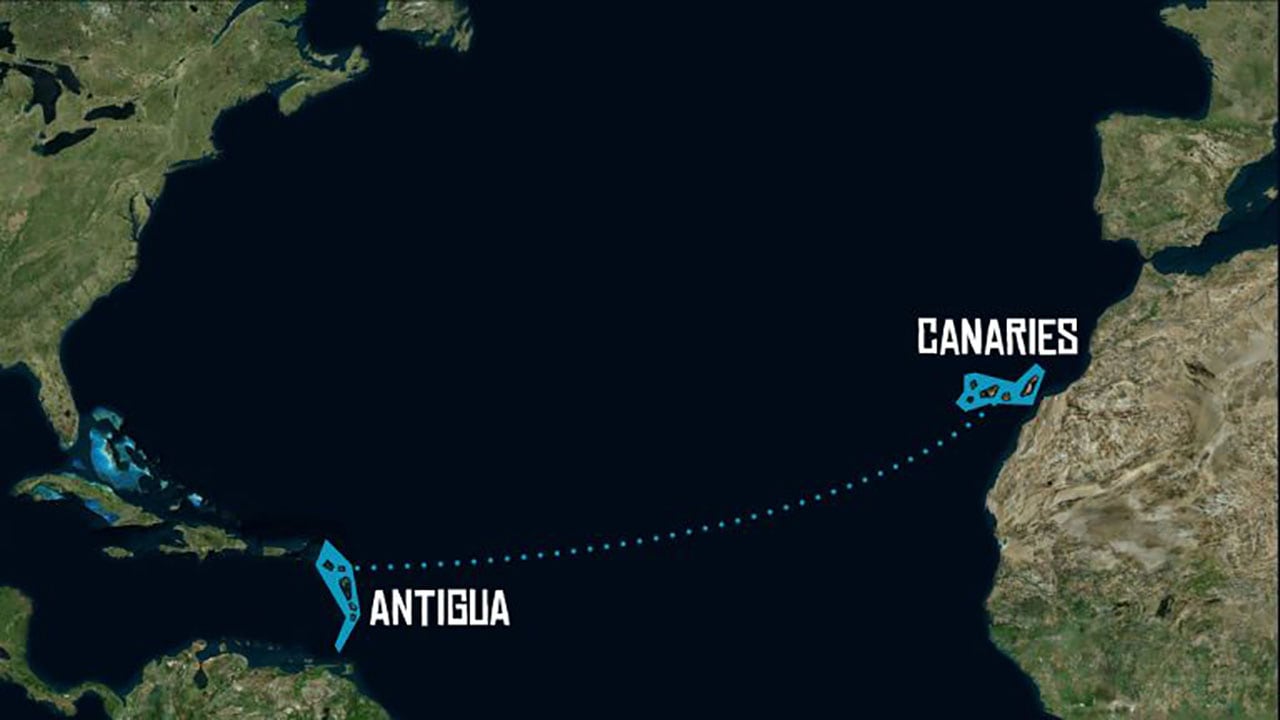 Huge waves reaching 30 feet (9 meters) caused torrents of salt water to rush over the deck and sometimes into our cabins. A capsize in the middle of the night was perhaps one of the most alarming experiences, with one crew member being washed into the sea. He was luckily kept attached to the boat by his harness and safety line.

While the wet, salty and rough conditions caused some of our equipment to fail, our rugged Algiz 10X stood up to every test the Atlantic had to offer. It could even handle the bright sunlight that would have been hard for any other regular computer. The only threat to its survival during the crossing came from a risk of dropping it over the side each time a wave smashed against our tiny 8-meter long vessel. 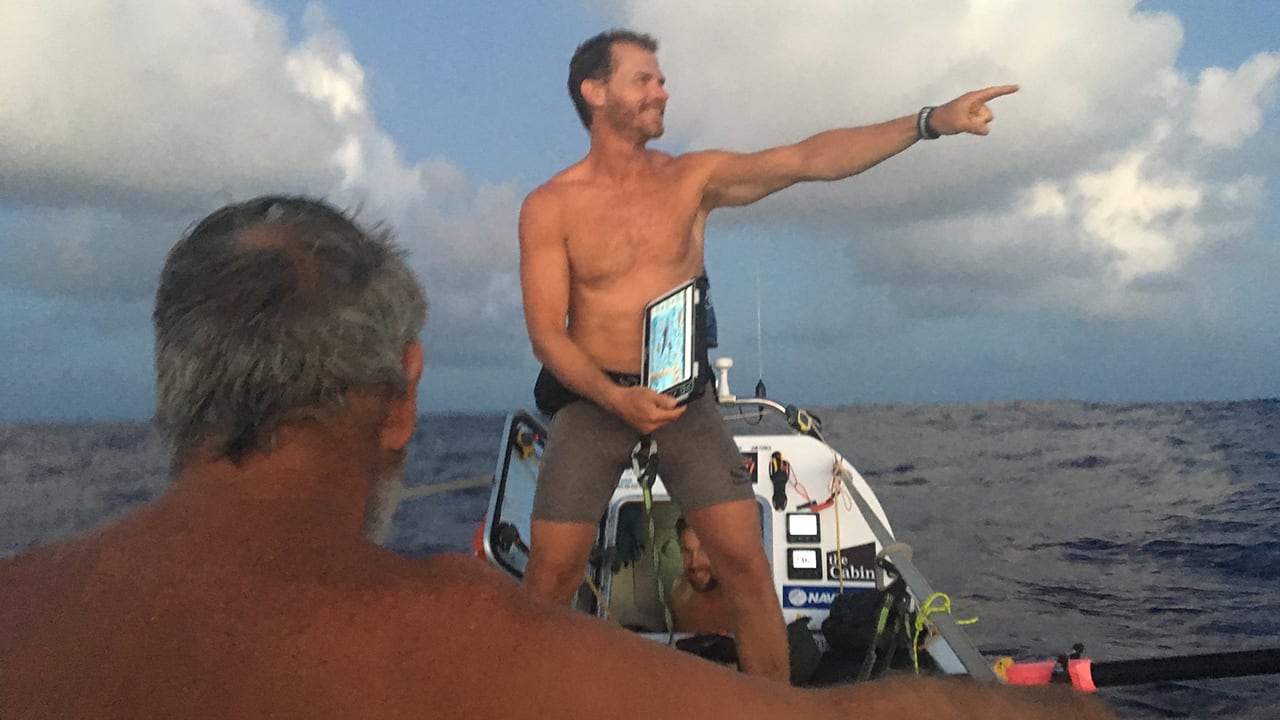 The tablet had various tasks onboard. It was very useful for pre-stored instructions that we followed to fix equipment that wasn’t quite as…Atlantic-proof. One of our most vital pieces of tech, the desalinator (for filtering salt water to make drinking water), occasionally became blocked with air as the intake on the hull became exposed during the rough conditions. Luckily, we could access diagrams stored as PDFs on the tablet and reset procedures could be initiated to resolve the problems quickly. In addition, the familiar Windows-based OS made operation much easier when we were tired, seasick and battered by the ocean.

My favorite application of the Algiz 10X tablet, though not strictly the most essential, had to be for identifying the incredible array of marine life that we encountered. About 400 miles off the coast of Antigua, we were followed by a terrifying 5-meter long shadow in the water. It was monumental in size yet elegantly shaped with a long tapering tail and scythe-like fins. I scanned through a field guide loaded onto the Algiz 10X and quickly realized that we were faced by a monstrous ocean-dwelling tiger shark! Seeing it in real life is unlike anything in I’d seen in the documentaries. 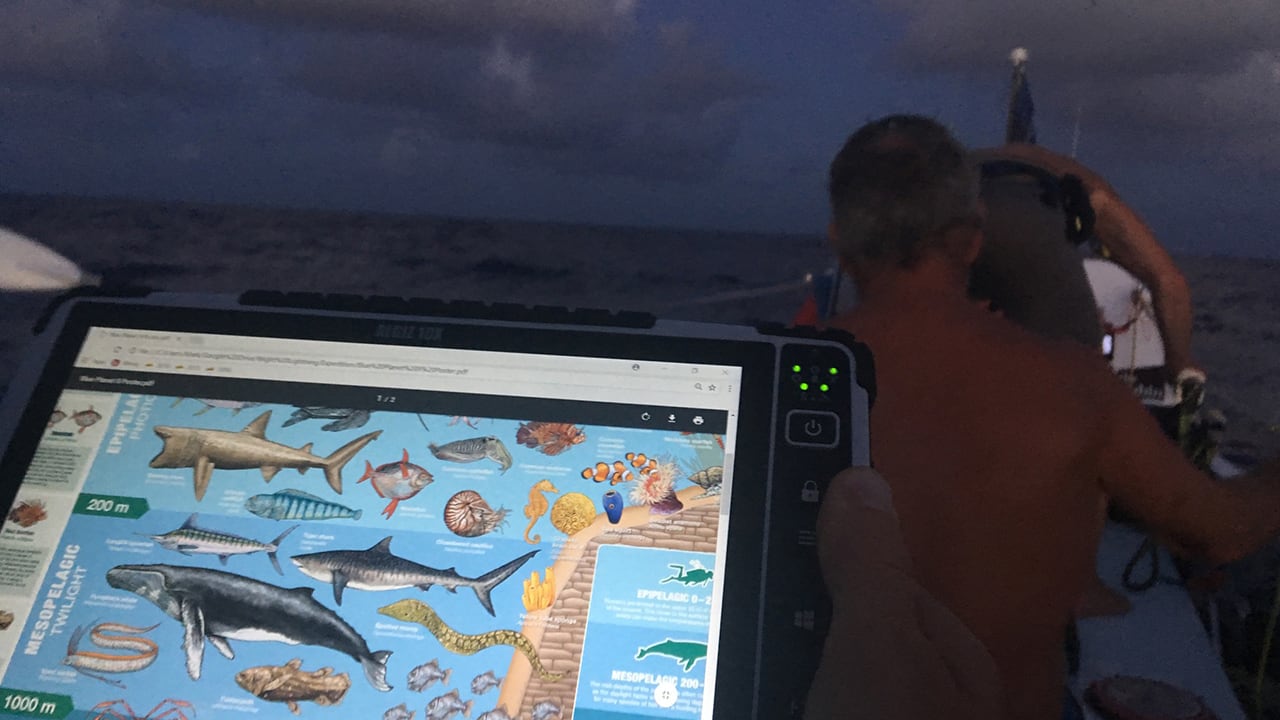 Fortunately for us, we’d only be on the shark’s menu plans for a little while longer; five days later we arrived into Nelson’s Dockyard, Antigua to a reception of cheering friends and family. It was undoubtedly the best part of the entire experience – especially knowing that a hotel bed was only a stone’s throw away.

Having overcome 3000 miles of untamed ocean, the crew are grateful to have had a successful and swift crossing. We ultimately attribute this to our preparation and careful selection of the highest quality technology we could source. The Algiz 10X was a fantastic asset to carry as part of our information systems and we’d thoroughly recommend it to anyone who works in a wet environment!”

The Talisker Whisky Atlantic Challenge, known as The World’s Toughest Row, grew from a 1966 rowing odyssey by British paratroopers, Chay Blyth and John Ridgway, across the North Atlantic from Cape Cod in the U.S. to Ireland. Their voyage was a 92-day battle against hurricanes, 50 ft. waves, and a near-starvation diet. It laid the foundations for the Talisker Whisky Atlantic Challenge, a 3,000-mile unsupported race from San Sebastian in the Canary Islands to Nelson’s Dockyard English Harbour, Antigua.

Will Whitehead, a member of the Wight Lightning team in this event, was the president of his university rowing club and graduated with a degree in Creative Advertising. He took a two-year career break to dedicate himself to this challenge.